Legacy, now deceased, has had a monumental and lasting effect on the alpaca industry in the United States and abroad. His many distinctions earned him numerous accolades. He was the 2002 Futurity Herdsire of the Year and the Reserve Light Herdsire of the Year in both 2005 and 2007. In 2005 he sold for a world record setting price which still stands today. His offspring garnered numerous championships and reserve championships over more than a decade and they are still in demand today. 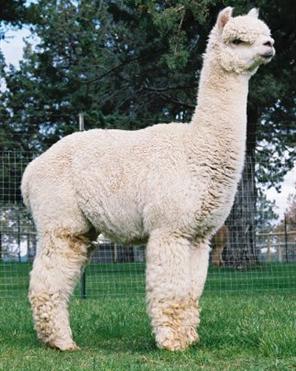