alpaca fiber can be dyed 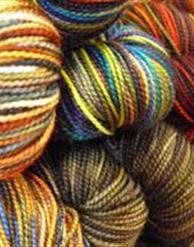 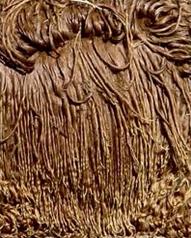 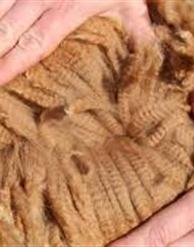 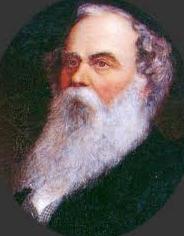 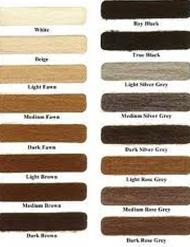 One of the softest natural fibers on earth

Luxurious to the touch, yet warm, cozy and lightweight, garments made from alpaca fiber are quickly catching on as one of the world's best kept secrets in the clothing and fashion industry.  Once you've experienced alpaca, you can never go back wool for winter wear.

Alpaca fiber has a long and colorful history. The ancient tribes of the Andean highlands of Peru, Argentina, Chile and Bolivia were the first to domesticate the wild vicuna which was, and still is indigenous to the area. By selectively breeding this animal, the alpaca breed was developed, becoming a crucial component  for the survival of these tribes by providing meat, fiber, hide, fuel and basis for monetary exchange.

The highly developed Inca society that sprung up in the rugged Andes mountains prized the alpaca for its ultra fine fleece, and were responsible, through separation and selective breeding, for developing the 22 natural colors of alpaca fleece that we see today.  Clothing made from alpaca was reserved for royalty or the elite class; the common man was not allowed to wear it.  Interestingly, mummified alpacas found in ancient Incan ceremonial burial sites have much finer and more consistent fiber than modern day alpacas. It is widely believed that the centuries following the Spanish conquest of the Incas and the subsequent decimation of their beloved alpaca herds was to blame.  Hundreds of years of unsupervised breeding and llama crossbreedings have caused a decline in quality since those ancient times, but breeders around the world are working to bring back the excellence of the revered Incan alpaca.

The Spanish conquistadors failed to see the value of alpaca fiber, preferring the merino sheep of their native Spain, and slaughtered 90% of the alpacas alive at that time. The alpaca fell into obscurity and was all but forgotten, except by the native people who managed to preserve small numbers of alpacas and who were sustained by their alpaca herds. However, in the middle 1800's, Sir Titus Salt of Saltaire, England rediscovered this unique fiber. The newly industrialized English textile industry was at its zenith when Sir Titus began studying the unique properties of alpaca fleece. He discovered, for instance, that alpaca fiber was stronger than sheep's wool and that its strength did not diminish with fineness of staple. The alpaca textiles he fashioned from the raw fleece were soft, lustrous, and they soon began making their mark across Europe. Today, the center of the alpaca textile industry is in Arequipa, Peru; yarn and other products made from alpaca are sold primarily in Japan and Europe.

Alpaca fiber is a specialty fiber and comes in 22 natural shades. Its softness comes from the small diameter of the fiber, similar to merino wool. Its glossiness is due to low height of the individual fiber scales that cover each individual fiber. It is five times warmer and more durable than sheep wool.  It is also lightweight due to air pockets within the fibers, and it contains no oils or lanolin. The microscopic air pockets give it lightness and high thermal capacity.

Typically fiber quality is judged on fineness, length, fiber type, medullation, and tensile strength. Breeding, nutrition, and management can influence all these characteristics. Alpaca fleece grows approximately five to 10 inches each year and can weigh anywhere from two to ten pounds from a mature animal.

The suri alpaca fiber has unique fiber characteristics growing parallel to the body and hanging in long, non-crimped pencil locks, making them look as if they have dreadlocks. Suri fiber is lustrous, soft, and has been compared to cashmere. It is durable and warm, far more so than sheep wool and is used primarily to produce luxurious woven products. The designer Armani has used Suri alpaca to fashion men's and women's suits.

The huacaya alpaca fiber is dense, crimped and wooly in appearance. This gives them a soft, huggable, teddy-bear-like look and makes them overwhelmingly popular in the industry. While not as rare as the suri fiber, they produce a highly-prized fleece, better suited for knitted articles.

Alpaca has one of the finest hands of any natural fleece. Alpacas are shorn annually in the spring and produce on average 4 lbs of fiber. The fiber sells retail in the U.S. Cottage Industry between $2.00 & $4.00 per ounce. The first fleece or baby fleece is the finest, softest fleece the animal will produce and the mostly highly prized and expensive.

Alpacas lack the natural body oils produced by most animals. For processing, these oils are often washed out with chemicals or harsh soaps. This washing process and the natural oils can make it unbearable for some people to wear traditional sheep’s wool. Alpacas are considered to have single coat whose guard hairs are often so fine they don't need to be removed for processing.  Guard hairs are typically coarser than the soft undercoat which they are designed to protect. Alpaca fiber is very soft and can be worn next to the skin without irritation by most people.

Alpaca’s broad range of natural colors eliminates the need to dye, although it lends itself to dying very well. These natural colors come in different shades of white, fawn, brown, grey, black and many in-between colors. These attributes make alpaca fiber a highly sought after product.

In the breeding market some colors are rarer than others. For generations the South American culture has been drawn to bright colors which are not found in livestock naturally. This requires dyeing, thus a white fleece producing animal has been the standard. Today in the U.S., alpacas of all colors are popular, and breeders strive for excellence in fineness, density and uniformity in their colored fleeces.

There are many outlets for alpaca fiber. The highest price is paid in the hand-spinner and cottage fiber market. Some of the U.S. alpaca fiber is sent through fiber co-ops to South America for processing and sent back to the U.S. in the form of yarn and finished goods. There have been several small regional co-ops created to take advantage of the growing amount of North American alpaca fiber. These organizations are beginning to produce high-quality alpaca products from fiber grown in the U.S. as well as finished products produced here. There are numerous small processors in the U.S. working with alpaca fiber and the number grows annually.

The U.S., Italy, and Japan are the largest consumers of alpaca fiber today. Italy has long used the fiber in its fine clothing industry producing luxurious, high-end coats and suits.  As the popularity of alpaca fiber grows worldwide, the demand for this exquisite, natural fiber will no doubt continue to rise in the years to come.